Due to COVID-19, our offices are closed to the public.

What is a home profit system?

The Home Profit System is advertised as a top tier, high profit business opportunity. It promises uncapped earning potential, where people can do minimal work from home and continue to earn money even when they are not actively working (which is also known as passive income). The system claims that people need zero experience and encourages them to sign up for a course in order to learn about these “life-changing” money-making strategies. More recent Home Profit Systems also encourage people to directly invest money in Cryptocurrency, such as Bitcoin, with the promise of significant return on investment.

One of the first and most well-known home earning systems promoted the story of a single mum with no prior experience in marketing, who ended up making a 6-figure income from home. This was also known as the Kelly Richards Home Earning System – the woman who was portrayed as the owner of the company. A very similar scheme with other women’s names was used at that time, which immediately raised suspicions in the online community.

Nowadays, there are a number of Home Profit System websites and typically they all show 5 star reviews and testimonials of people making substantial incomes from home. They claim that these techniques have been used by world-renowned entrepreneurs and show logos of well-known multinational corporations and large news channels on their websites in order to demonstrate credibility for the system.

Too good to be true?

The original Home Profit System encourages people to invest in their training package. The course typically requires an initial payment, followed by a monthly fee, with the promise of a money back guarantee. The Home Profit System provides limited information about the specifics of the course content but they mention Affiliate Marketing as their main strategy.

Affiliate Marketing is a type of performance based marketing where a person can receive a commission in exchange for successfully referring a product or a service to another customer. Affiliate Marketing is a legitimate marketing technique, which has become increasingly popular over the years and has been vastly used by Social Media marketers and bloggers, also known as influencers. It’s important to note here that these people already have a large number of active and engaged followers who are likely to purchase the recommended product.

What the Home Profit System fails to mention in their course is that people need an audience in order to make profit as an affiliate. For example, the Kelly Richards Home Earning System course teaches link building techniques, but simply posting a link to a website cannot generate profit. Commission can only be paid when someone clicks on the links and buys the product.

So how do you reach an audience that is likely to make a purchase, you may ask? This requires a number of other marketing techniques such as setting up a website, writing articles, search engine optimization (SEO), creating engaging social media content and/or spending additional money on paid promotions. All of this requires experience and takes time and effort to be successfully implemented.

Furthermore, the Kelly Richard Home Earning System course is known for promoting outdated unethical link building techniques that have been banned by most search engines. Google’s policy on link schemes can be found here. Therefore, the course not only fails to provide information on how to target a relevant audience, but may get a website banned from appearing on search results due to poor link building practices.

Despite their promise of a money back guarantee, it has been notoriously hard to cancel payments or claim refunds. It is highly unlikely that the Home Profit System reviews are genuine. There is also no evidence that it is actually affiliated with any of the world-renowned entrepreneurs or endorsed by the news channels that are mentioned on the website.

Some Home Profit Systems now directly refer people to a website that encourages people to invest in CryptoCurrency, such as BitCoin. The trading market is also a legitimate way to make money and can generate substantial returns on investment. What they fail to say is that, just like Affiliate Marketing, this requires time, effort and a good understanding of the trading market.

How to identify scams?

Unfortunately, it is unlikely that a little effort with no experience in a certain field will generate a 6-figure income with a few simple tricks. So if a website promises huge rewards with little work in return, it is unlikely to be true. Of course, digital marketing has the potential to transform people’s lives from the comfort of their home. But behind the cameras and the social media accounts, a lot of time and effort goes into building a successful digital business.

What has made the schemes like the Kelly Richards Home Earning System so convincing is the reference to actual marketing terminology. Some of the information provided is true to an extent, which can make it sound more believable. Affiliate Marketing is a genuine way to make money and so is Cryptocurrency Trading. But the course that the Home Profit System offers, does not actually teach you how to use these techniques. Just because there’s some truth in it, doesn’t mean the actual programme really works. So it’s important to do more research before investing money into training or sharing any personal information.

The Home Profit system reviews and customer testimonials can make the success of the scheme appear more convincing but remember to check this for yourself. As part of the research process, it’s extremely important to look at reviews from trusted sources. Google is a great source for unedited genuine reviews. Social Media is also a platform that people use to openly share their opinions, so you can search for relevant hashtags, for example. You can also check other articles and blog posts that mention the Home Profit System. But beware, because the scheme can have other websites that appear unrelated. This could be another way to trick people into thinking that there are more positive reviews from external sources.

The Home Profit System claims that it’s endorsed by large corporations, news websites and entrepreneurs. If you go to some of these companies’ officials websites, you can do a search and see if any relevant information comes up. If there’s no information on the scheme, then it’s probably not true. In fact, if a scheme has been previously reported as a fishy or it has become a wide-spread spam, there may even be information on the news proving that it actually is a scam.

The Kelly Richards Home Earning System, for example, tells people that there are limited spaces left in order to create a false sense of urgency. This is a tactic used to encourage people to act quickly before they have a change of heart or start doing some digging. Remember, this is not the last seat on a flight that can genuinely sell out. Affiliate programmes want to have as many people as possible promoting products and services, as it ultimately helps the companies make bigger profits. Similarly, cryptocurrency markets also want to attract as many people as possible to invest. There is no reason why they would limit the numbers.

The truth of the matter is that any ‘get rich quick’ technique that you see online is likely to be fishy or simply not tell you the entire truth. The Kelly Richards Home Earning System and any other related schemes are definitely scams. They prey on the boom of digital marketing and the increasing popularity of influencers. Let’s face it, there really are successful influencers who have enviable incomes and even make it to the cover of magazines. However, what these schemes fail to mention is what it actually takes to achieve this success. They are extremely good at promoting a once-in-a-lifetime lucrative opportunity and urge you to “buy quick” before you miss out. Unfortunately, once you’ve submitted your bank details and made a payment, you have to face the fact that your money is gone, despite the promise of a money back guarantee.

In order to avoid falling prey to such schemes, it’s important to be vigilant. Online scammers can be extremely cunning and they are becoming better at appearing legitimate. This makes them increasingly harder to spot, even for people who have been scammed before. So remember to trust your gut and if it sounds ‘too good to be true’, it probably is. So be sure to do some research before sharing any personal information. The beauty of the internet is that we have access to more information than ever before. In just a few clicks you have a world of information at your fingertips – go the extra mile and don’t get caught out by scammers! 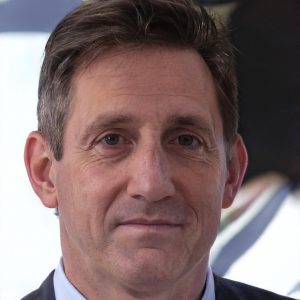 I’ve been working in design, marketing and business development over the past 35 years.